Today i visited the Auckland Museum and it was great! 😀 I know i haven’t made an Article about Auckland yet, but there is one in the making, exactly like the other article i teased yesterday is still in the making and yes i still thing i can keep up with that, opposed to the two film reviews i teased but never go to deliver, maybe i will put out a film summery after I’ve seen Star Wars on the second January, but i will stop promising that stuff…

But enough with that and more about the Auckland Museum (Its original name is Auckland War Museum but only 1 out of 3 floors was about war. 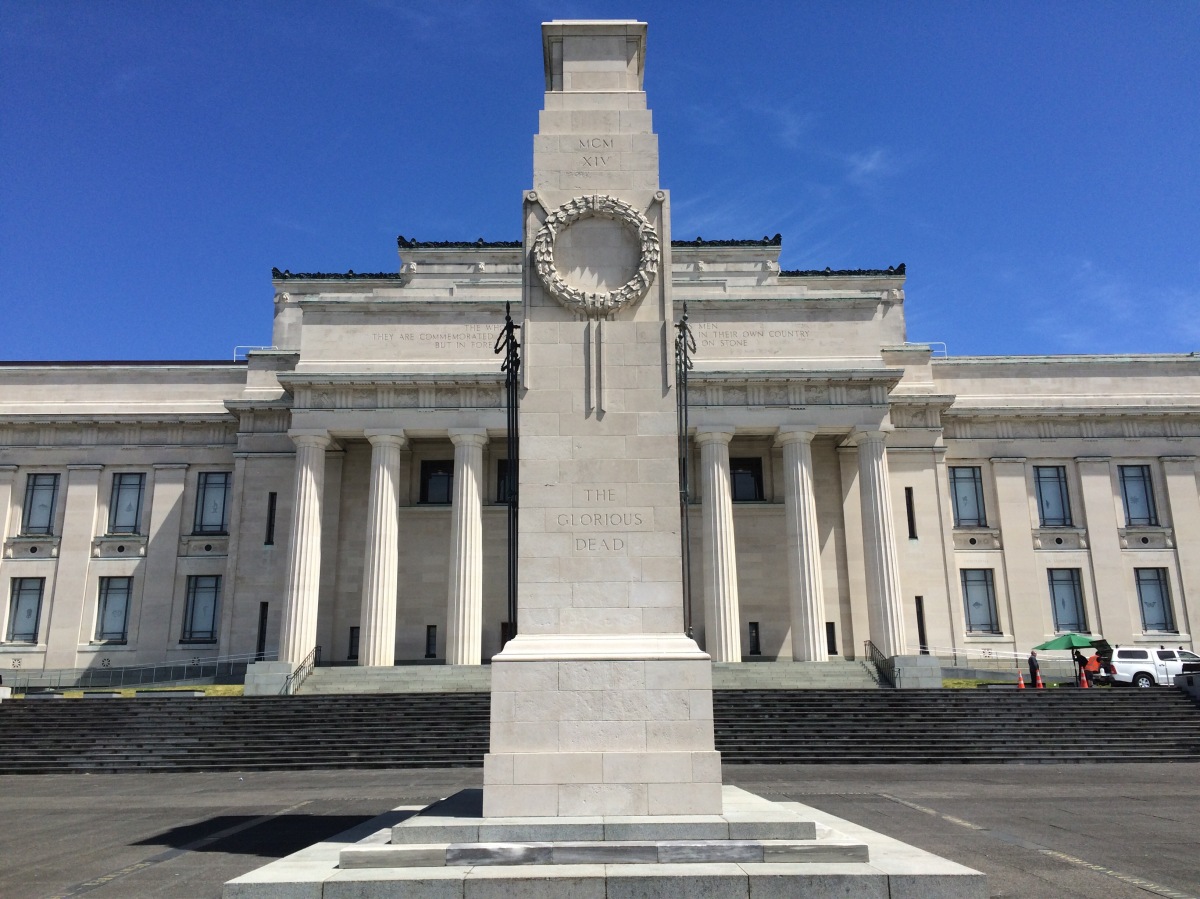 There were great Exhibitions about the Maori Culture and the Maori History and also about New Zealands Nature and some general Polynesian and Asian Culture and, for some Reason there also were Artifacts from Greece and Rome there. 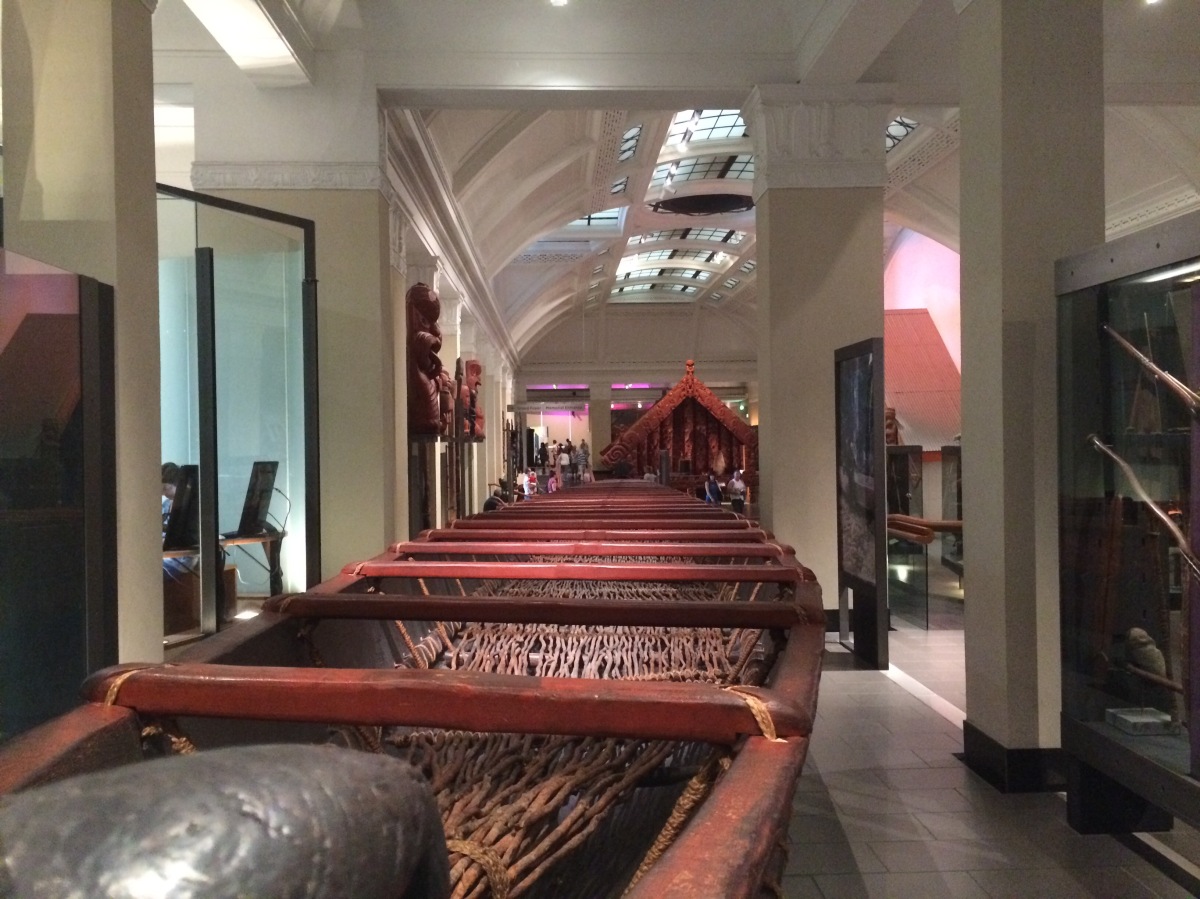 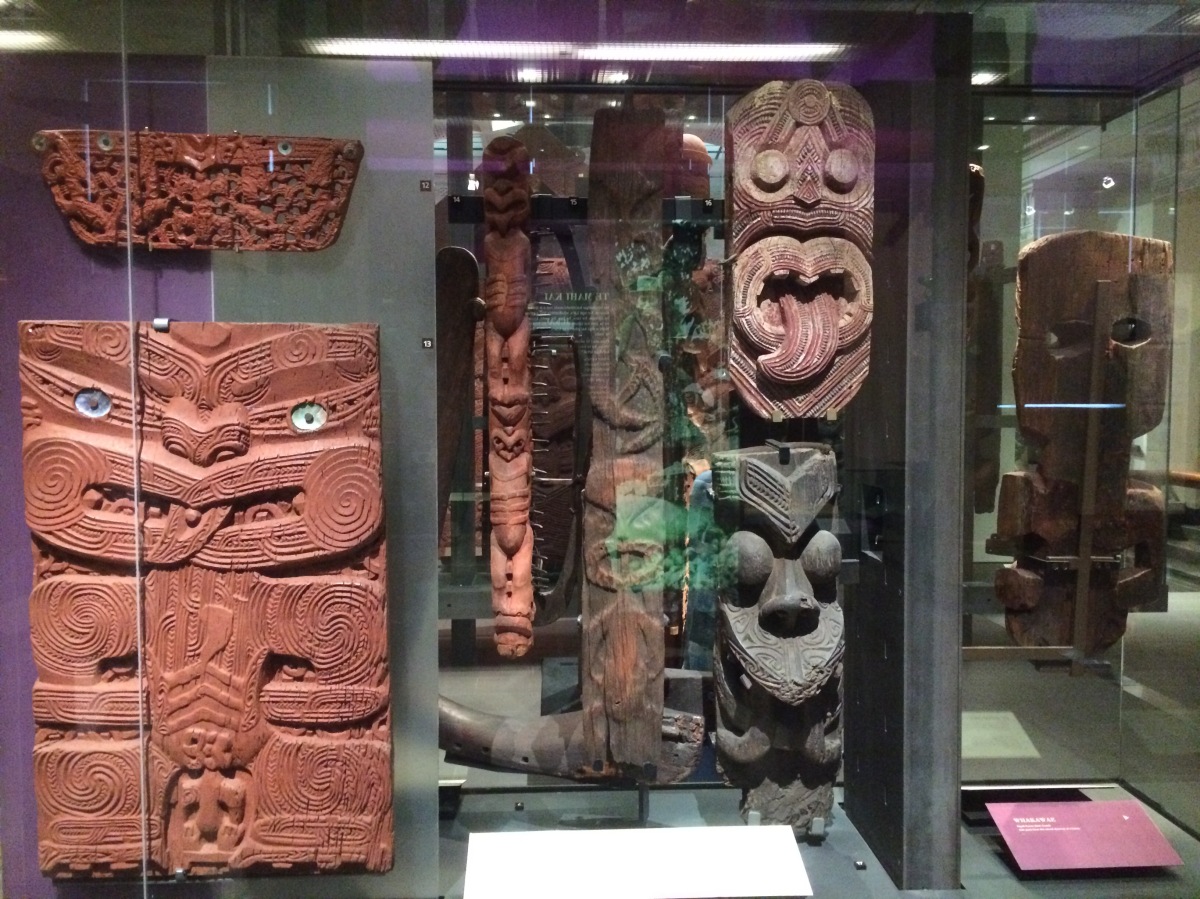 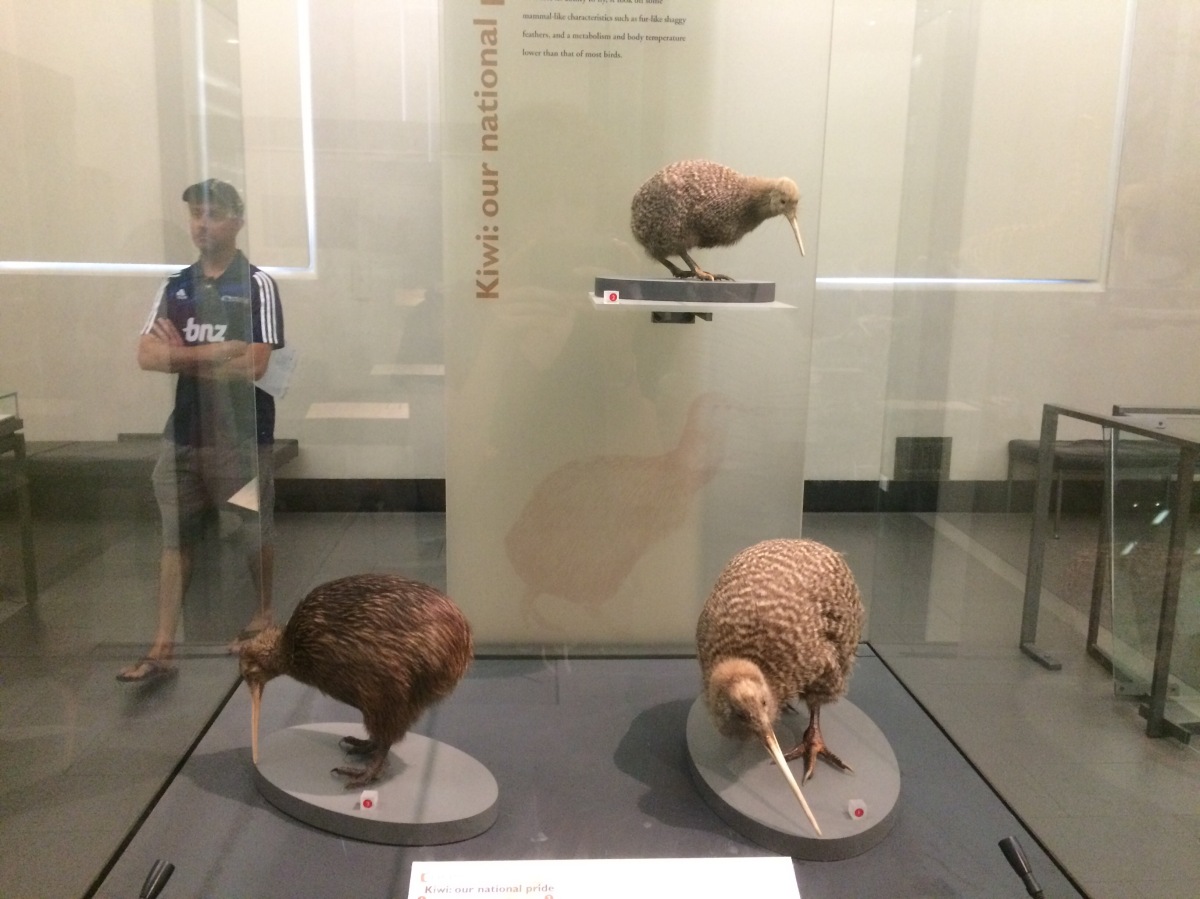 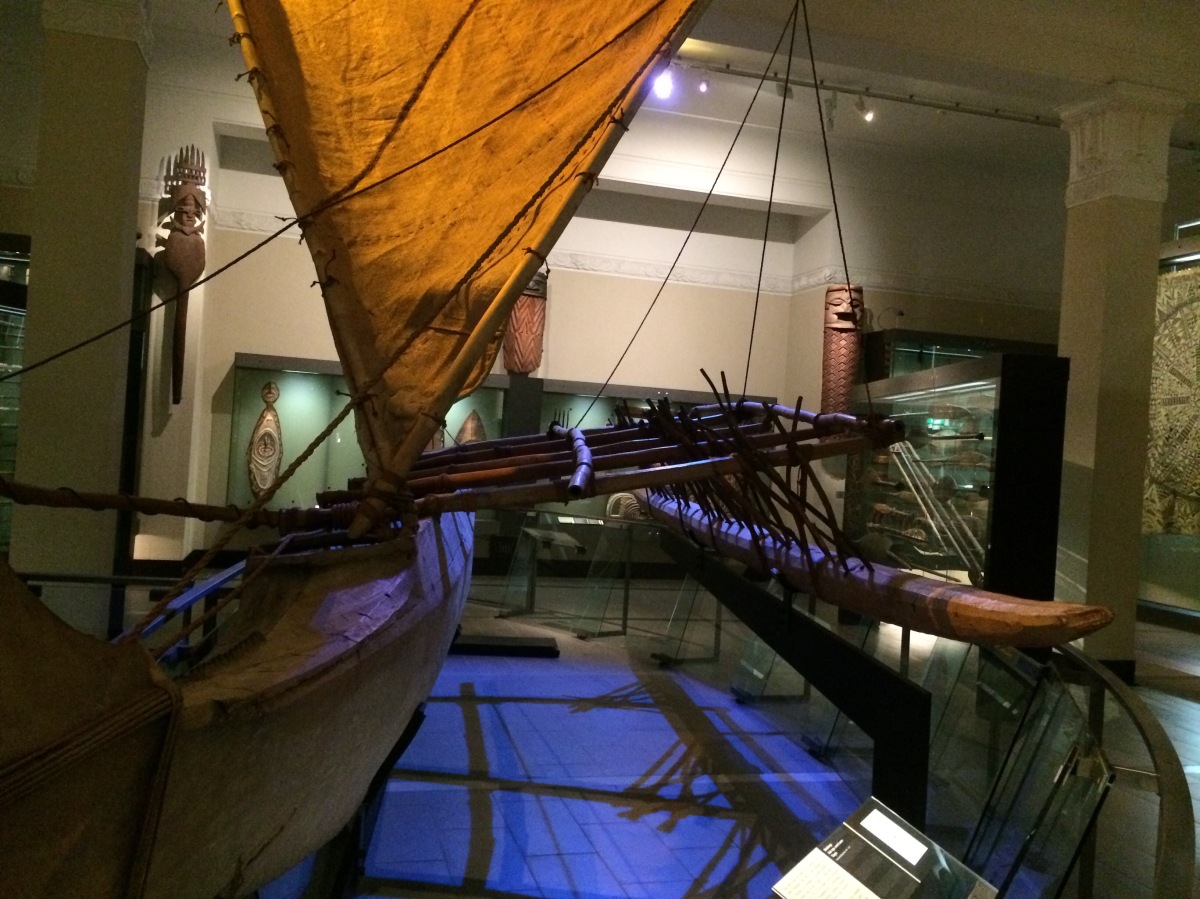 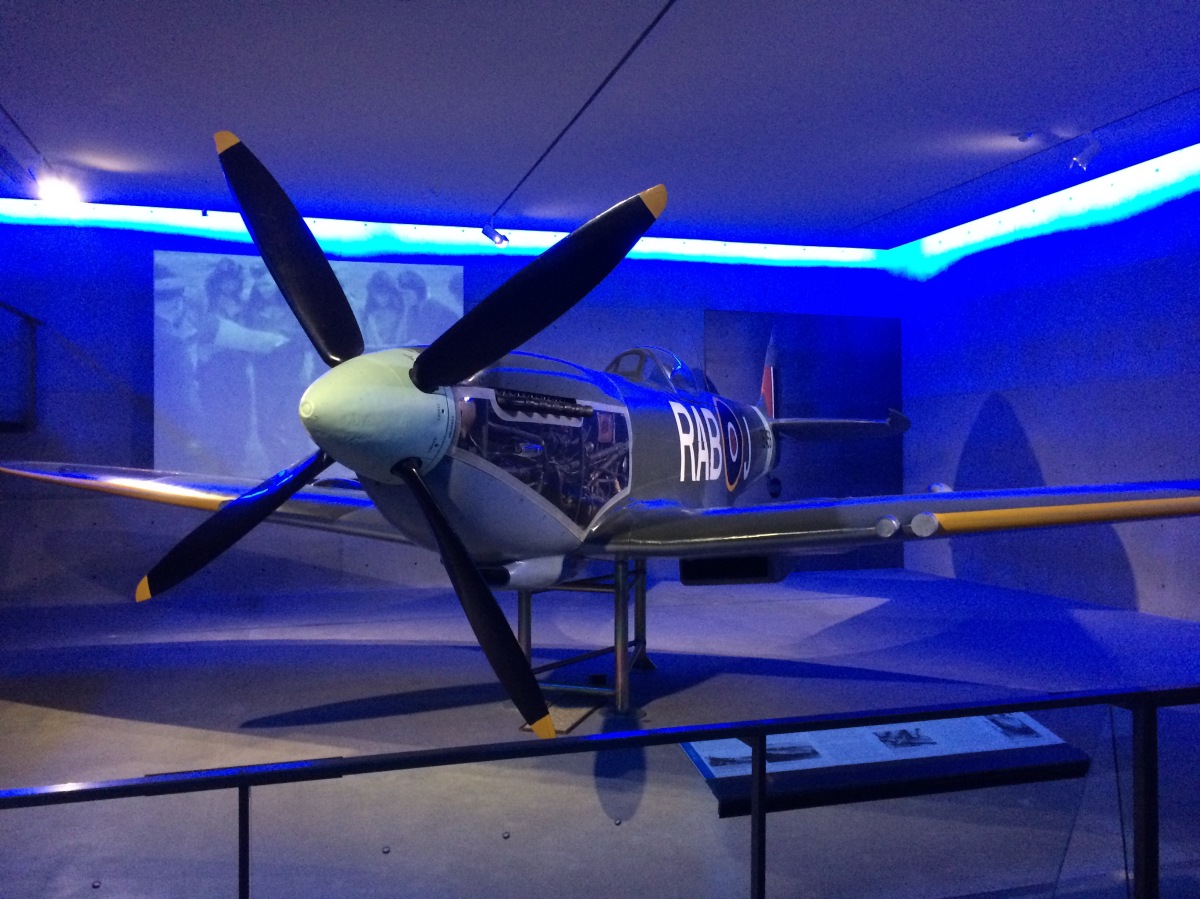 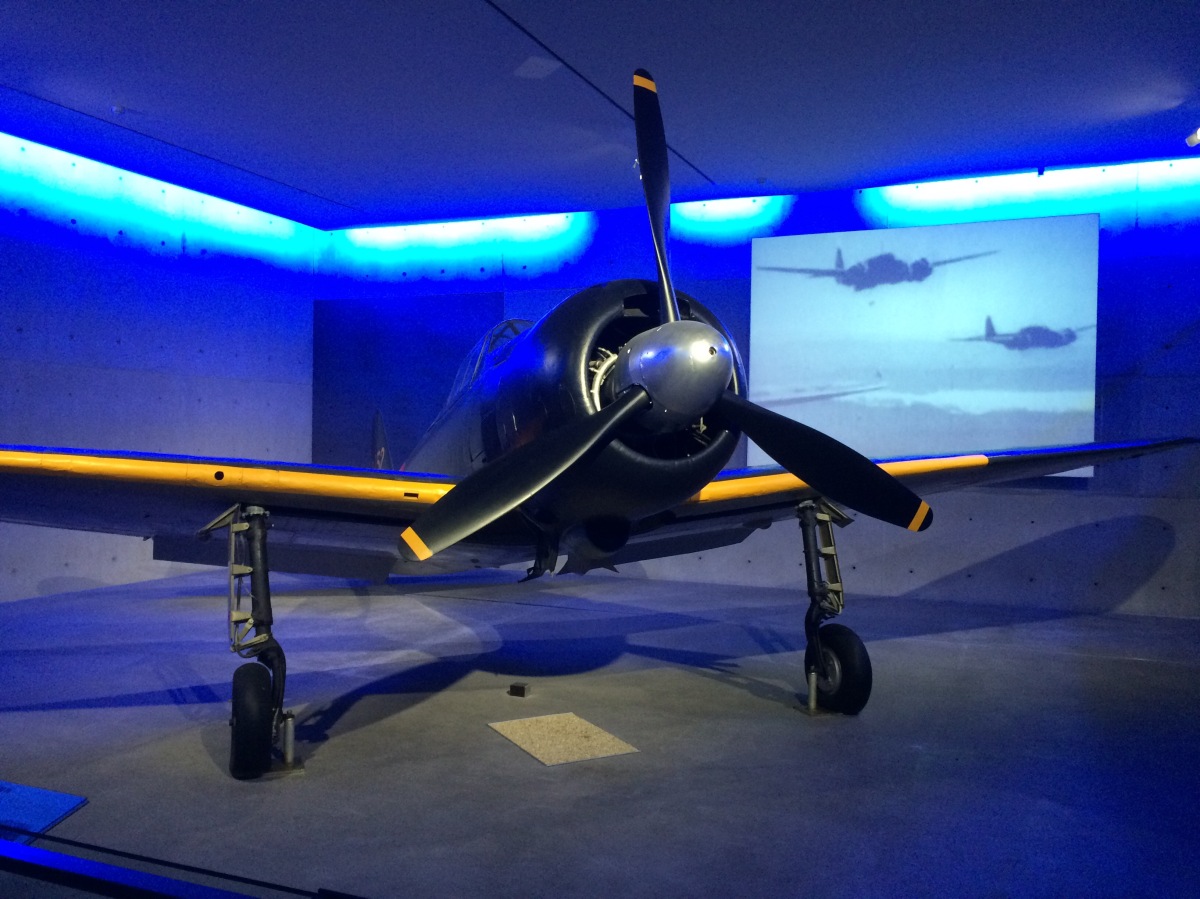 Also really well made was the Exhibition Celebrating the 75th Anniversary of Air New Zealand with Lots of Video Content, many physicall Stuff like two historic Planeparts you could go in and also a lot of Interactive Stuff like a Game where you should try to board a plane as fast and as comfortable for the passengers as possible, or a virtual cockpit with lots of Explanation on all the parts. 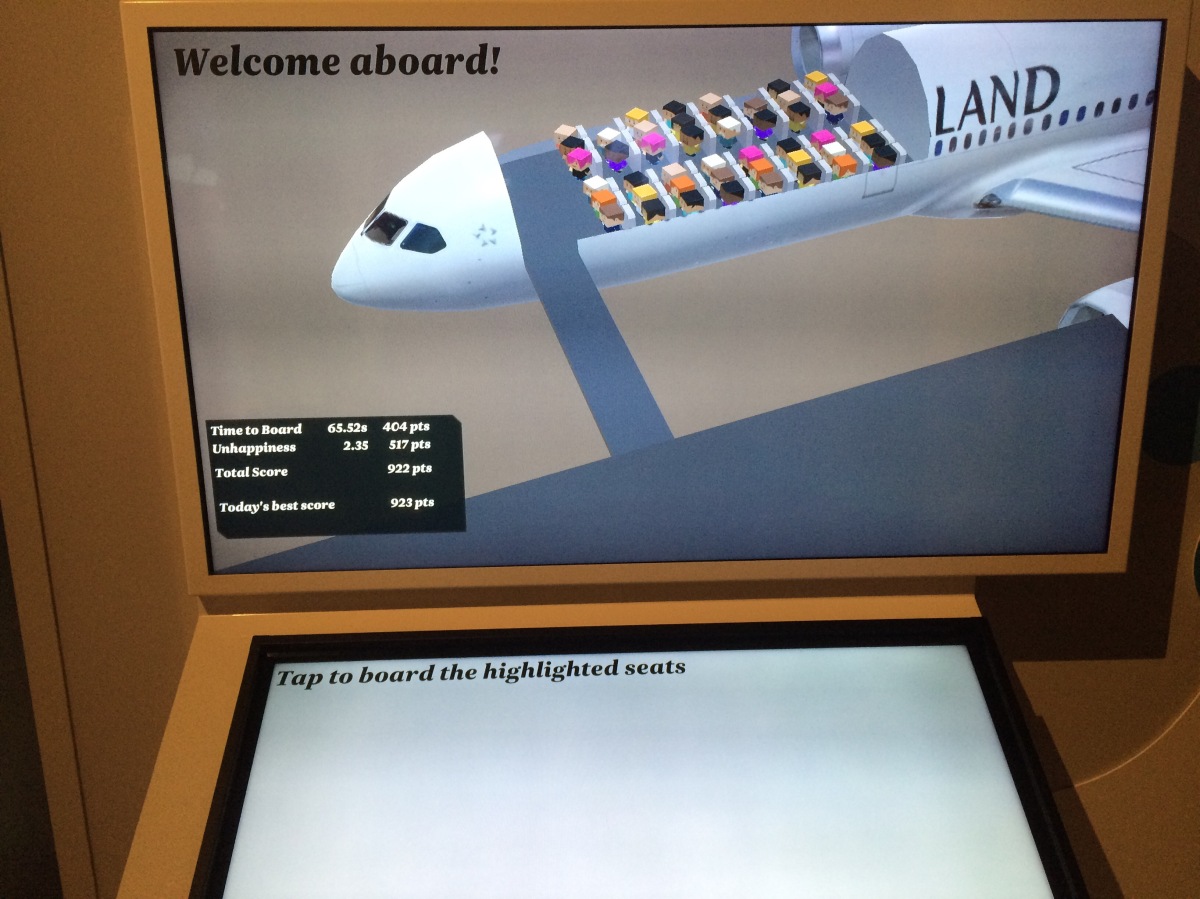 But the most impressive thing in the Museum was the use of VR, for one part they used it in their War Exhibition were Students Rebuild the only Battlefield New Zealand fought in WW1 in Minecraft, which is a cool idea, so they had a few PCs were you could walk around in that, but the cool part was walking around there in VR, two of the PCs were Equipped with an Oculus and although it was laggy and all i enjoyed it quite much, as it was my first VR experience ever. Flying around and seeing this Battlefield from above just was a cool thing. 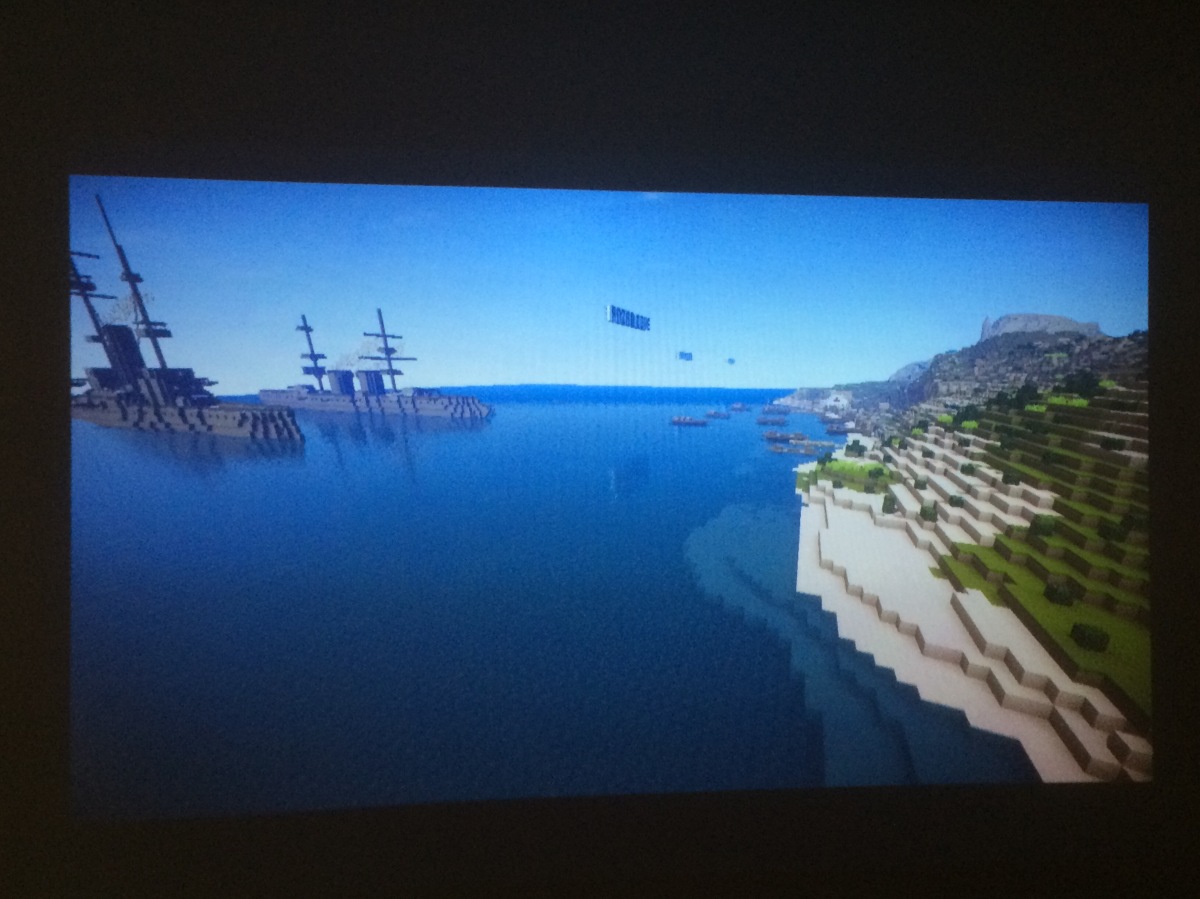 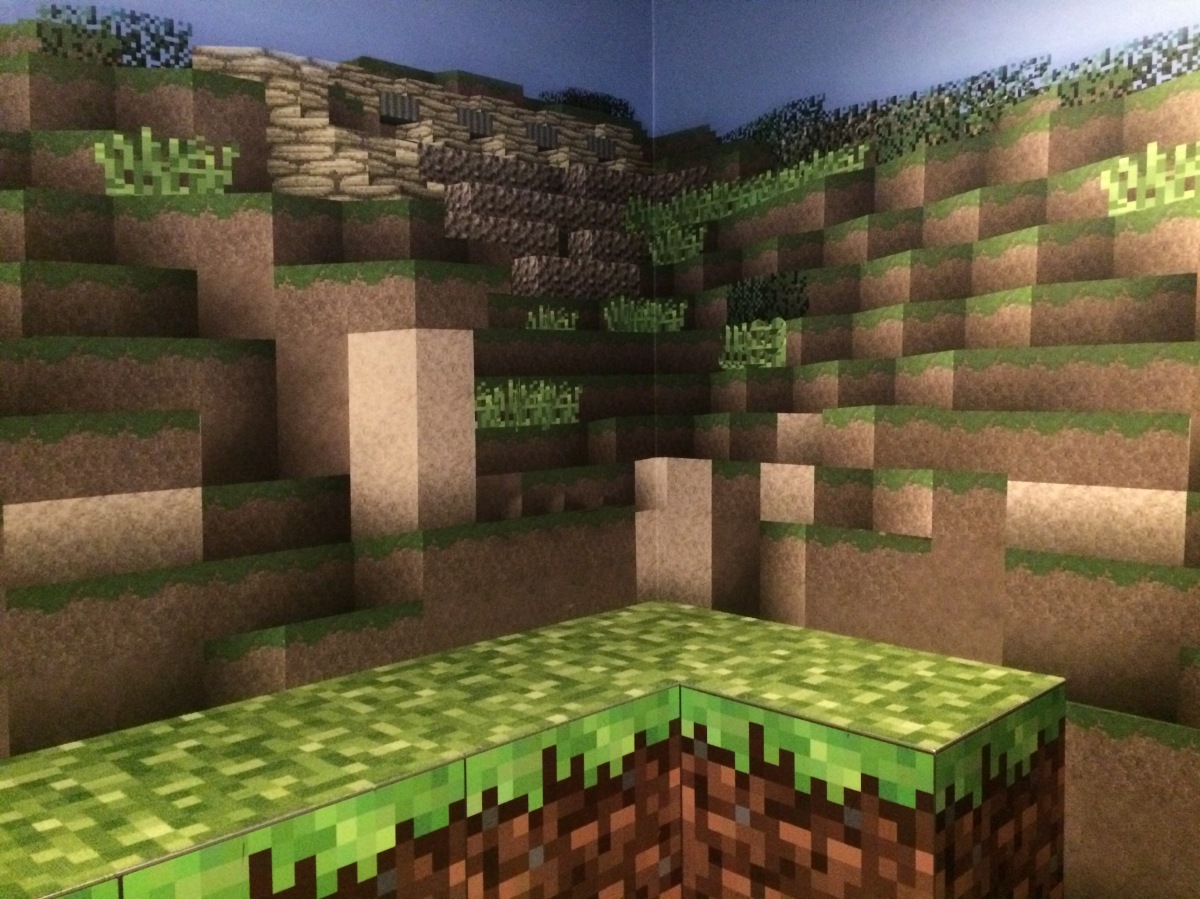 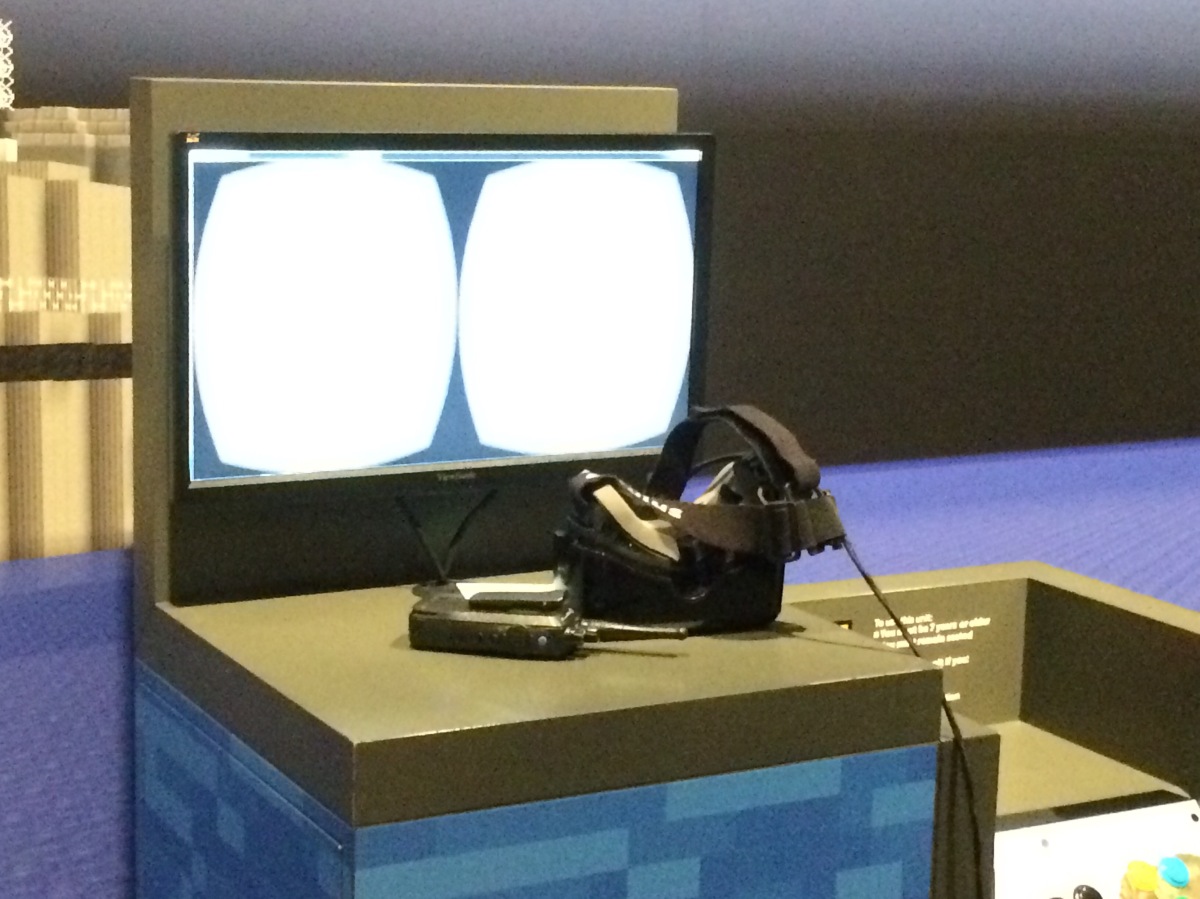 The cooler VR experience was the not that interactive, VR is interactive all the time because of the looking around stuff, showing of the Plan of the Future flight experience from Air New Zealand. Their Plans simply include one thing VR Headsets, that doesn’t sound that revolutionary as it is and why it is so revolutionary they showed of very well in their Demo. While you sat in a Plane in the beginning, like you were sitting in a plane seat in real live, they started to explain the possibilities this technology brought with it, at first they let everybody experience that they could move around with their heads and look there where you looking in VR. Although it was kinda awkward that they had simulated a body of you in the Demo, but your arms and legs didn’t move in the picture you saw when you did in real live, so i instinctively sad in my chair like “my body” in the virtual world was sitting so it didn’t felt that weird. After this the cool stuff started, at first they removed the sides of the virtual plane so you cold see “outside” and see the landscape, which, like the whole Demo, wasn’t that graphical advanced, more like a game from 10 years ago, but it did not feel weird for some reason. The next few Demos showed animals walked around the plane, or yourself in different places like a beach, a romantic Cafe somewhere or at new years Eve in Singapore, all of this were cool Scenarios to watch, and if there would be enough of that in a real flight and if the hole movie programm would be viewable in VR, if not VR movies this had to be indirect like you in a living Room or a Cinema, such things already exist, it would be a great thing to make a flight more enjoyable :). 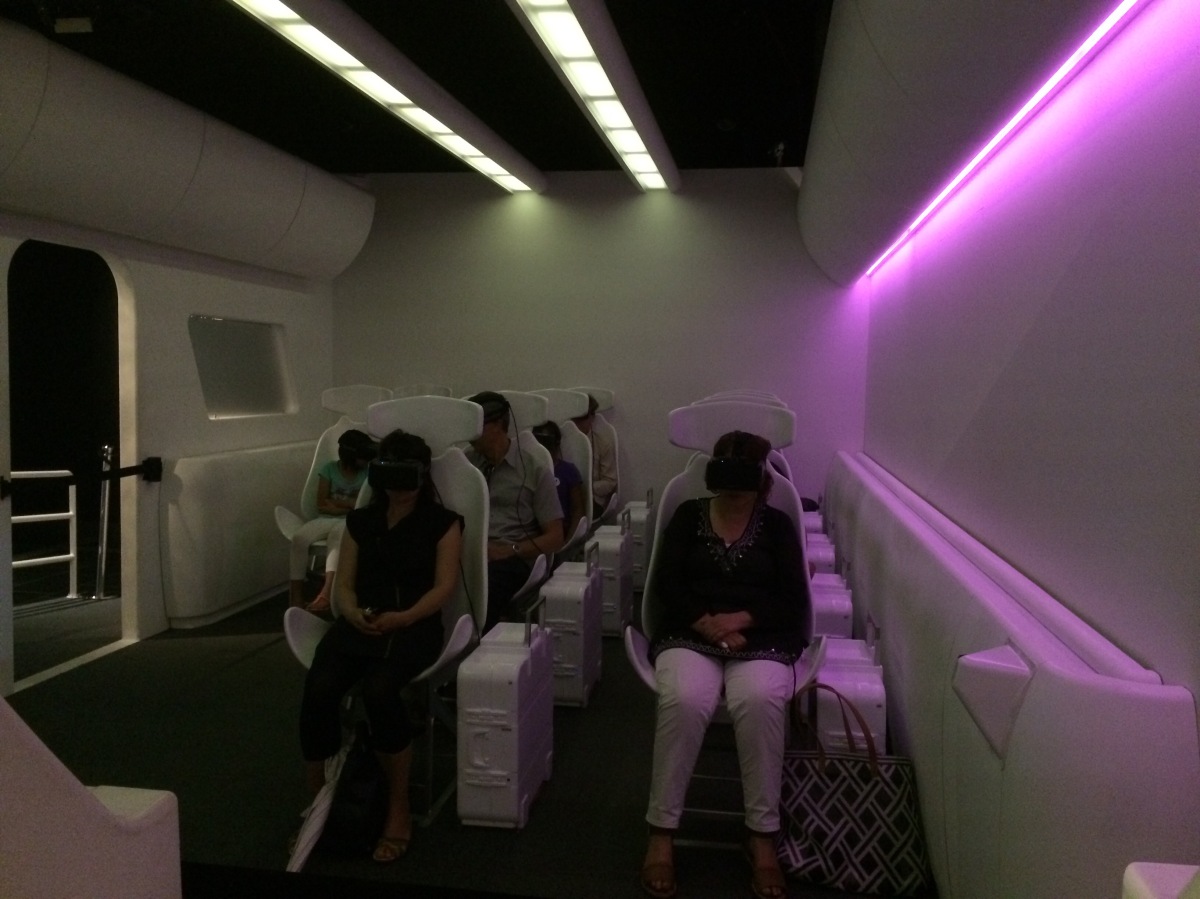